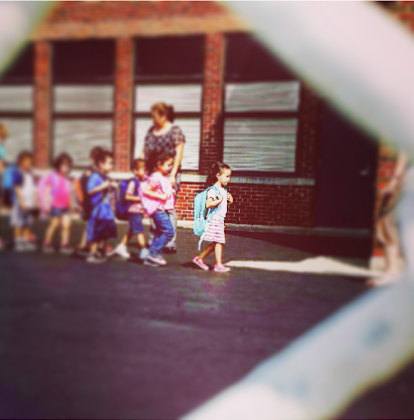 Let’s kick off March with a discussion about privilege-my privilege to be exact.

I am brown, I am a woman, I come from a working-class background, I have been discriminated based on my race and gender, but make no mistake, I am privileged.

As a child, I was never hungry except by choice, I always had clothes that fit me and were weather appropriate, my parents stayed on me to turn off lights but I was never afraid our utilities would be cut off because, I was privileged.  I had heat in the house, that wasn’t powered by our stove and my dad would let me turn it up if I didn’t feel like it was warm enough in my room.  I was privileged.  My parents were once undocumented but they were never removed or detained and were eventually able to find a path to citizenship.  I never had to worry that I would come home and they wouldn’t be there because they were in a detention facility.  I was privileged.

I lived in a home my entire life.  The first home I remember was on the southwest side of Chicago, my parents were married and they both worked.  I was privileged.  My parents spoke to us in Spanish and demanded we only respond in Spanish and because of that I can speak two languages.  I am privileged.  My dad fought to keep me out of ESL classes at CPS because I spoke English just as well as Spanish despite the color of my skin and didn’t give up until he won.  I was privileged.  My parents decided CPS wouldn’t work for their kids when the budget crisis of the 90’s made schools go to half days and eventually moved us to Northwest Indiana.  I was privileged.  My dad would leave work before I woke up for school and after we left for school my mom would meet him in Chicago where they run their business.  She would leave midway through the day to pick my brother and me up from school.  For a period of time after we moved, she would drive us back to the business in Chicago  because she wanted us to all be together and show us the importance of hard work.  I was privileged.  When they eventually started leaving us home alone my dad would come home after a 10 hour work day and 2 hour commute and help me with Math homework, I was privileged.

I ended up going to school where classes had no more than 25 kids in them and I could raise my hand with questions and stay after class for clarification or help.  I was privileged.  I had help with SATs, college applications and no one ever told me college wasn’t for me because of my background or the color of my skin.  I was privileged.  I got caught smoking weed after prom my junior year and on Monday my mom made me tell on myself to my principal.  He threatened to expel me for the remainder of the year but after my mom assured him I would be grounded all summer he decided I could stay.  I was privileged.  I was let off the hook with 6 months supervision and what felt like an endless summer of being grounded but I was never formally charged as a minor and my record was sealed.  I am privileged.

My parent’s business is on the Southside of Chicago in one of the neighborhoods with the highest crime rate but most of their threatening run-ins have been with cops, but everyone got to walk away from those run-ins, we were privileged.  My brother was only unjustifiably beat up by the cops once  and all he suffered was a black eye, swollen face, and the attempted stealing of money he was trying to deposit–miraculously it made its way back to my dad when the cops realized my dad wasn’t someone to be taken advantage of.  He was a citizen, a business owner, well-known in that community and someone with the means to hire an attorney.  We were privileged.  I never had to see my mom cry because she lost her kid or husband to gun violence to a trigger happy cop.  My dad was only arrested twice for no reason and I still get to hug him and talk to him about it.  We are privileged.

I had help during my undergraduate career.  I never had to work, I did because I chose to and was reminded that if it ever got to be too much I could quit because school came first, I was privileged.  I had parents who would drive to see me and take me out to dinner when I felt like I needed to see them or just wanted to hear the comforting way they spoke to me in Spanish and I had the ability to live off-campus because of their financial help.  I was privileged.

I am an attorney, I live in a nice house in a safe neighborhood, I have a partner that respects me and makes me feel safe, I make enough money so that I can live, pay my bills and even care for my dog.  I know how to access facts and research because I am privileged.

Make no mistake, I am privileged but I am not better.  I am not better than my brother who didn’t finish college, than my cousins who decided not to go to college or my parents who barely finished high school.  I am not better than my cousins who weren’t born here but have been here their entire lives and work and go to school and still have no path to citizenship.  Who pay taxes and hope that everyday something new will come to light that will help make their lives here easier.  I am no better than my family and friends with a more colorful criminal past than mine simply because my teenage years involved me running through cornfields instead of city blocks.  I am no better than my parents who constantly misspell words simply because I don’t need to use spellcheck or a dictionary to know what a word means.  Without perfect grammar and spelling my parents started and successfully run a business till this day.  They didn’t need a professor to teach them about systematic racism or learn about the government.  They taught themselves how to research real facts and they know that there’s a bigger world out there than the one presented by Fox News.  So sure, I had the privilege that a lot of these things were available to me, but I am not better.   I am no better than anyone who is exactly like me but just didn’t have the luck of getting my privilege.

I don’t falsely believe that if you aren’t in a better position that it’s because you weren’t trying hard enough because for people of color “trying” alone just isn’t good enough.

My privilege–which unlike most non-POC’s–was based on pure luck.  Thanks to the way biology works I was born at the right place, to the right people, in the right family, on the right side of the US border.  I am privileged and I am lucky but I am not better.  I do not allow my privilege to blind me or fool me into thinking I earned this position in life all on my own.  Did I work for 7 years in college, law school and later to pass the bar on the first shot?  Sure.  But I wouldn’t have gotten there without my luck and my privilege.  I wouldn’t have made it through without the support system I was privileged to have.  Where I am now does not fool me into thinking that I alone put myself here.  I don’t falsely believe that if you aren’t in a better position that it’s because you weren’t trying hard enough because for people of color “trying” alone just isn’t good enough.  You need support you need help, you need a little bit of luck and yeah it helps if you have some privilege.

This privilege, this luck is why I write.  It’s why I post on social media and argue with strangers and family members alike.  It’s why I advocate, it’s why I donate, it’s why I challenge people’s discriminatory views and ideas and more importantly it’s why I fight.  It’s how I wish every POC and every non-POC would think.   Privilege is a dangerous thing if it’s not checked let alone acknowledged.  It can fool you into thinking that you’re a lot more deserving than you actually are.  I for one acknowledge my privilege and the leg up it’s given me in life. The limited amount of privilege I have been given I try use as a springboard to help others who maybe weren’t as lucky to have access to what I had.  If more people used their privilege–however large or small–to challenge oppressive institutions and thinking maybe they could challenge someone to think and hell maybe even believe differently than before.

“Privilege,” the word alone is enough to send a non-POC into a tail spin.  It’s a nasty word used by nasty women like me, with negative connotations.  What’s worse than the word though, is ignoring its existence and its possible application to YOU, yes even you POC-we can be privileged too!  And we can fall victim to the same tail spin as non-POCs do when we forget that it’s privilege that helped us get to where we are.  So this is what I’ve chosen to do with mine, acknowledge it, embrace it and use it as a springboard to help those that aren’t as lucky to have any or as much privilege as I do…  My question for you is, what do you do with yours?

3 thoughts on “Oh Privilege, My Privilege?”